One of our most unique programs is the Family Crisis Program and it is just what it says. With the downturn in the economy, many of the people in this area are losing their homes, going through bankruptcy as business declines, or small businesses reduce forces or close. We frequently allow these individuals or small families to stay in our guest room for a nominal cost and volunteer time. However, sometimes the crisis is not economy related but health related.

The case we are going to share with you is a unique one: the owner had a massive stroke and was in intensive care for months. While he was hospitalized, one of his dogs received a severe spinal cord injury while playing, resulting in paralysis. In the owner’s advance directives, the man had indicated in case of his incapacity or death, he wanted his dogs to go to Daphneyland. This is Gem’s story.

The situation was dire. We received an email asking for assistance on an 8-year old male basset who was dragging his rear end and unable to lift the front end. His owner had suffered a stroke and was in ICU at the time. The family was in complete crisis. The owner’s initial vet report said arthritis and pain med management. Over the next 24 hours, the hound we are calling Gem became a quadriplegic. Could surgery save him? Heading to Dr. Slaton at Westlake, we were directed to our pals at Animal Surgical Emergency Center in Los Angeles. Dr. Sommerville was the attending specialist and it was very touch and go. Compression was found at C5 & C6 and immediate surgery was performed. Surgery was successful but it would take supplements and lots of hard work to get this gorgeous boy back on his feet!

We attempted to raise funds to pay for special supplements, carts and rehab tools, but were not able to raise the funds to even cover his surgery. We NEVER gave up, and began the process of building him his own rehab cart. He received daily muscle exercises, high-quality food, and supplements to rebuild muscle and promote neuron function.

After months of sling walking, water therapy, and finally a quad rehab cart, and Gem was up and walking, yet unable to sustain his body weight.

Now, after one year of daily rehab and he’s almost there! Volunteers found an inexpensive pool and thus we are now able to give Gem water therapy sessions right here!! 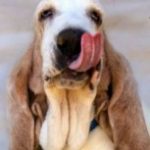 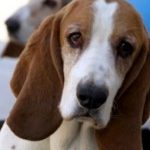 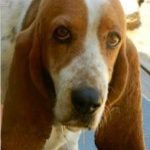 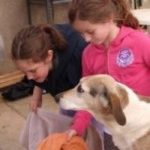 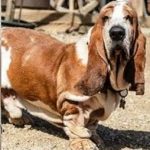 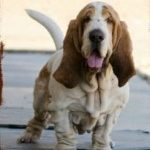 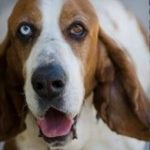 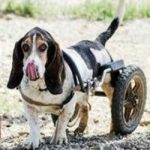 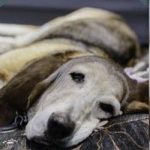